This post has been sitting in my drafts pile since April. So I’m giving up and just providing photos, because it’s too hard to recall it all.

Bo.lan is a Thai restaurant in Bangkok run by two chefs who used to work at Nahm under David Thompson in London. More details on their website. When I visited in late March, Mr N and I had the Bo.lan Balance menu, which was six (I think?) courses of amazing contemporary Thai food. 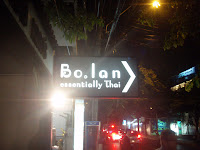 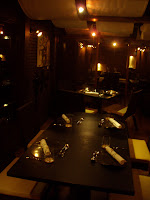 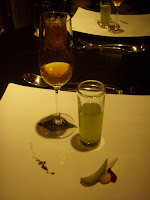 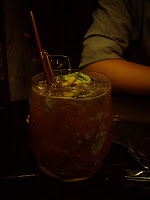 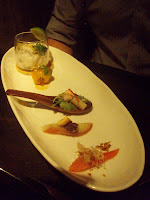 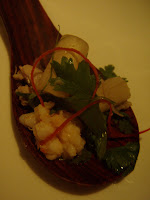 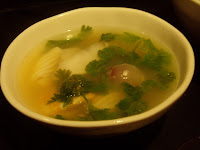 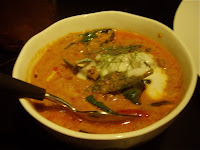 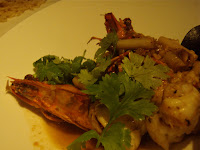 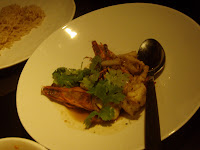 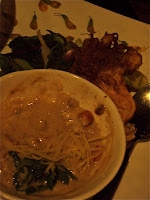 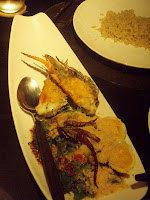 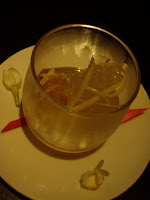 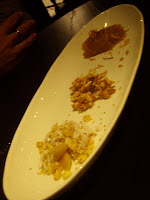 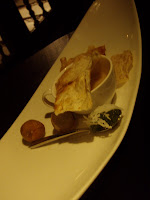 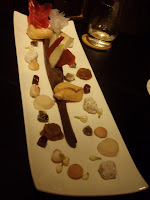 A rather innocuous looking cafe/restaurant at the top (seedy) end of Thanon Suriyawong, opposite the alleyway where the ‘boy shows’ take place. The menu offers both Thai and Western dishes, like a fettucini carbonara.

Not the sort of place you’d expect to find Pad Thai greatness, but let me just repeat what it said in the menu: Pad Thai with soft-shell crab, wrapped in Thai omelette. For the record: win, win, WIN.

One of the things about Bangkok that is a little hard to believe if you haven’t been there before is that there is good food to be found in shopping centres. I guess it’s that way in a lot of Asian metropolises, really. My friends took me to this place when we met up in Bangkok.

We had a few dishes to share, starting off with an oyster omelette and some stir-fried vegies. The omelette was alright, but really did need that sweet sauce which accompanied it. There seemed to be some concoction of cornflour mixed through the egg too, which left it teeling a little gluey. The actual oysters were good, though. I love a country where oysters aren’t considered a total luxury. The mixed vegetables were a bit boring, and far too oily.

We also had the Penang chicken curry, which was aromatic and spicy, but not overly so. It was what I would call a modest curry; it didn’t bowl you over, but was pleasantly satisfying.

The star of the show, however, was the twice-cooked pork hock. Roasted, and then braised, topped with chinese mushrooms, bamboo shoots and chives, the flavour of this dish was rich and deep, without being overly salty. The accompanying green sauce (something vaguely raita-esque) wasn’t really necessary.